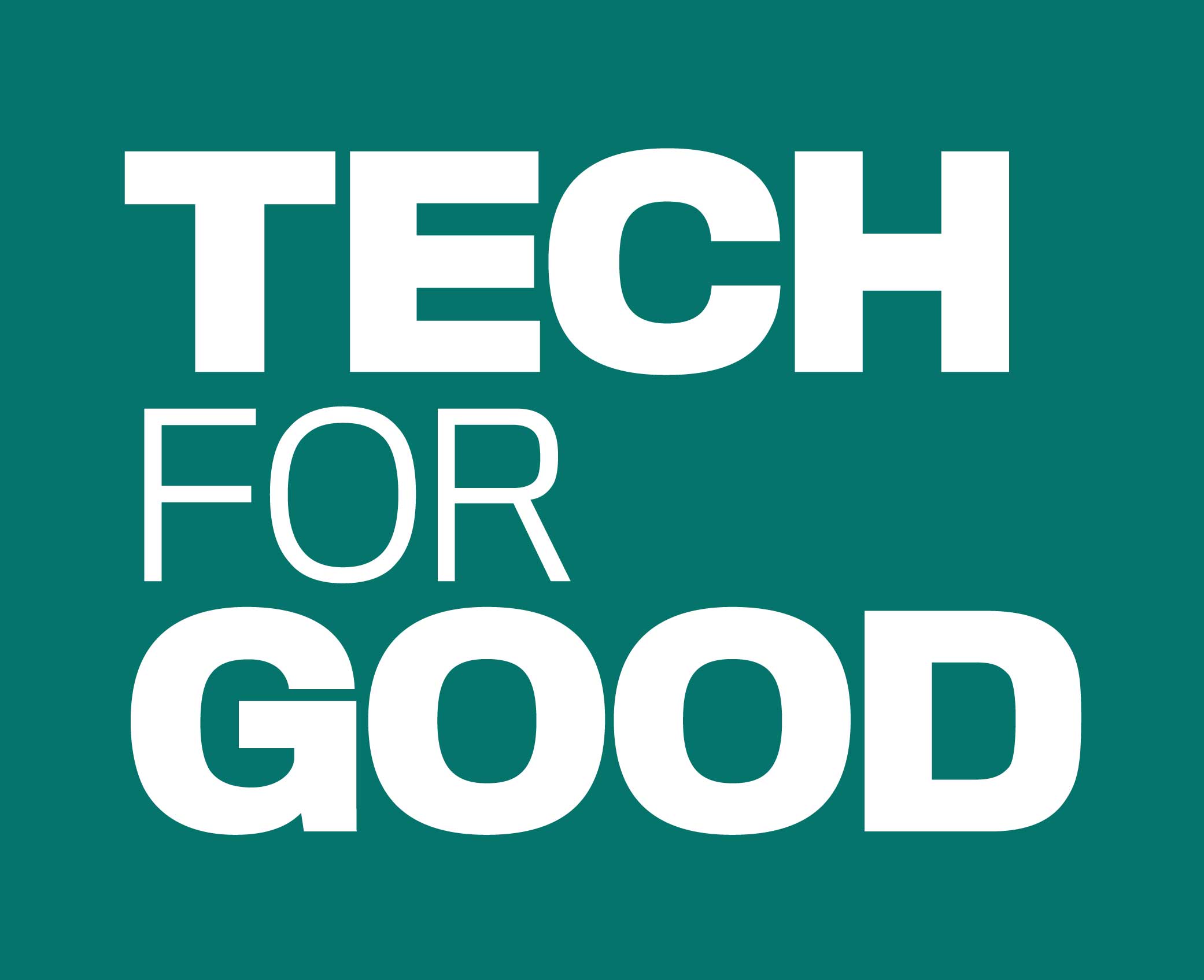 Create engaging and intelligent content experiences on your own.

Fibre broadband has been key in the development of fast internet connections, but it can’t sustain the speeds that new technologies will require. To address this, BT and Lumenisity are partnering to test an invention that could power the future of telecommunications: hollowcore fibre

At the start of 2021, the internet had 4.66 billion users, and this number increases every day. Currently, the growth in active internet users worldwide is more than seven times faster than the total population growth. As more and more people benefit from the services that the internet provides, there is a growing need for faster and more reliable broadband services, such as fibre connections. With a growth rate of 13% between 2019 and 2018, fibre is the fastest-growing broadband technology in the world. The majority of global networks run on single-mode optical fibre cables, made of solid strands of glass. The glass in these cables carries information over long distances by channelling light from laser transmitters through the glass strands. However, due to the characteristics of glass, the light travels marginally slower inside the fibre than it would in air. In order to fully take advantage of the benefits of new technologies, such as IoT, edge computing or 5G, there is a need for better and faster connections. A new type of fibre developed at the University of Southampton might just be the perfect answer telcos have been searching for. “Amazingly, the fibre that we, and a large number of operators around the world have, is not much different from what from the single-mode fibre, invented back in the 1980s,” says Professor Andrew Lord, BT’s Head of Optical Network Research. “The manufacturing is better, it's stronger. But, essentially, it's the same thing.

“There's nothing dramatically new that has come in the last 50 years in optical fibre, until now, when we have any fibre type with nothing in the middle. The core is hollow, like a cylinder of glass. It's not that no one has had that idea before; it's just that making it is really difficult because this inner surface of glass has to be a perfect mirror to keep the light in and to stop it from escaping. And this is what Lumenisity has achieved. In almost every single parameter you can think of, this new fibre could be better.” In contrast to the types of fibre used today, hollowcore fibre has an air-filled centre that runs the entire length of the cable. The presence of air allows the signal to pass through it while maintaining a speed very close to the speed of light. Essentially, it has a really good mirror, which ensures that the signal isn’t lost or delayed. As a result, hollowcore fibre reduces latency by up to 50%, opening the door to high frequency trading, 5G networks and increased geographic expansion in data centre interconnections. Although hollowcore fibre was first discovered in 2008, it was not until the past few years when a group of researchers from the University of Southampton were able to design a prototype that was commercially viable. Their findings led to the creation of the spin out company Lumensity. Now, alongside BT and mobile vendor Mavenir, they are kicking off trials of the new technology at the BT labs in Adastral Park, Ipswich. “In a conventional optical fibre, light signals travel through a core region that is made of solid glass, whereas the light inside a hollowcore fibre is guided along a core structure that comprises air,”says Russell Ellis, Lumenisity’s Product Line Manager. “Since light travels more quickly in air, data signals travel 50% faster in Lumenisity’s hollowcore fibre cable.”

“We've known about this for years,” Lord adds. “It's just finally now that hollowcore fibre is reaching a point where it could really compete against this standard fibre that's been there for 40 years or so. Now is the time for us to sort of look at it, and to really take it seriously to see what it can do.” Lumenisity has recently published the first results of its tests, showing that their fibre is at least on par with current fibre technologies, if not better. Performance analysis carried out by carriers and equipment providers has shown that Lumensity’s fibre can achieve a 100% longer reach with 40% the data-rate over other types of fibre. “Compared to other types of hollowcore fibre, such as photonic band-gap fibre, for example, CoreSmart has both lower attenuation and dispersion and can be operated over a broader wavelength range,” Ellis says. “This makes it able to handle higher power levels than conventional single-mode fibre. These performance benefits could also be exploited to help overcome the capacity and reach challenges in today’s optical networks.”

In order to test these capabilities, Lumensity has provided a 10-kilometre long hollow core fibre cable to BT to conduct trials at BT’s research and engineering campus. From benefits for 5G networks, allowing ultra-secure communications, high-frequency trading to lowering mobile network costs, hollow core fibre has endless use cases. “We are delighted to be the supplier of field deployable CoreSmart hollowcore cable for these trials with BT,” said Mike Fake, Lumenisity’s Director responsible for Product Management. “This is further evidence of the impact our unique low loss, high performing cables can have on the networks operated by our carrier partners.” The first stage of the trials is a proof of concept, in which BT is aiming to show that hollowcore fibre can increase the distance between street antennas and the back-end processing in exchanges The lower latencies that hollowcore fibre permits would allow telcos to leave more space between antennas, something that would significantly reduce the cost of building 5G networks. “For the 5G system to work, there has to be a limited amount of time between you doing something on your phone and there being a signal reaching a base station and coming back,” Lord explains. “And if you exceed that, then the system breaks. And so you have to make sure that your base station is a certain distance because the processing of the radio signal in the building is also very time consuming. So, actually, you're quite limited to how far you can put these buildings.” Lord calls this cost a “legacy budget”. Optical fibre can reduce these costs by 30% by allowing telcos to separate these buildings more, and therefore build fewer of them, which would directly result in a cost-reduction for both companies and consumers.

“In almost every single parameter you can think of, this new fibre could be better” Andrew Lord

Another application of hollow core fibre is related to quantum experiments. Over the last few months, BT has been testing single photon transmission over the fibre and looking at the possibility of simplifying the end-points in quantum experiments. The main use case of hollowcore fibre in this content would be to make communications safer, but also cheaper. “With quantum, the whole idea is to do something different, to try to be ultra secure by building a system that can't be broken into,” Lord says. “And the way you do that is you send information in single photons, one at a time. A single photon can't be hacked; it's just too small.” “The problem with single photons is that they’re very delicate things. It's the tiniest thing you can get in the universe, so you have to protect it. But if you use standard glass the light messes around with the photons. For example, if you try to look at a star or planet through a telescope in a well-lit area, it's hard to separate what you're looking at, because other sources of light get in the way. “With hollowcore fibre, you don't get that. Because there's no other light kind of messing around so you don't get this overlap. It’s the glass that causes that problem, so it's going to be really exciting to see how hollowcore fibre and single-photon secure transmissions can work together. We have already done the first trials of that and we'll publish the results in a couple of months.” But BT is not the only operator interested in this technology. Lord recounts how he has been approached by companies such as Orange France and Nokia with praise and questions about the technology. Proof of this is the fact that Lumenisity has begun its project of building its own dedicated fibre fabrication facility in Romsey, UK. But, is it an improvement so big it’s worth replacing existing networks? Lumenisity thinks so. “CoreSmart cable has the potential to re-write the network design rule-book,” Ellis says. Lord is still not fully convinced, but he is very excited by the technology’s potential, as well as the many possibilities that optical technologies can open up for the future of telecommunications. If we want connections to continue to develop and become better and faster every year, the equipment that supports them needs to change as well. In Lord’s view, the key to the future is optics. “Electronics can't carry on getting faster,” Lord says. “Because, as it gets faster, it gives away more heat, and that creates problems in managing that heat, so you lose reliability. Currently both electronics and optics are hitting limits that we knew were coming. So, the question is ‘What do we do? What technologies are we going to use to get us beyond those limits?’ “There's a whole range, one of them is changing the fibre type. But another one will be a convergence between electronics and photonics. At the moment you've got a smartphone in your pocket that has an electronic chip in it, but in the future, it'll be an optical chip. Optics is going to commoditise through volume; it's going to become something that will be much more generally available everywhere.”